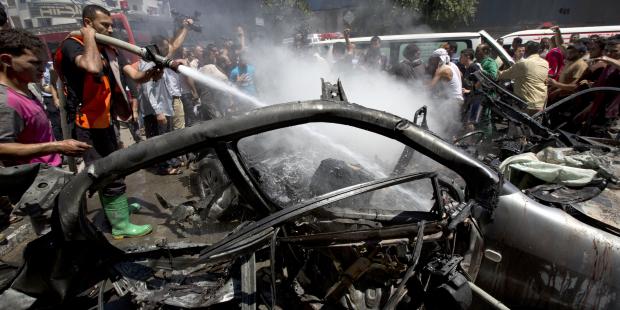 Amnesty International is calling on the Israeli authorities and Palestinian armed groups in Gaza, including the military wing of Hamas, to ensure that civilian lives are protected as the conflict between the two sides escalates.

“All sides to the conflict have an absolute obligation under international humanitarian law to protect the lives of civilians caught up in the intensifying hostilities,” said Philip Luther, Director for the Middle East and North Africa at Amnesty International.

“Amnesty International urges the Israeli military and Palestinian armed groups, including Hamas’ military wing and those overseeing it, to fully respect the laws of war. Israel must only carry out strikes on legitimate military targets and must exercise the utmost caution in the means and methods of attack, to minimize the risk to civilians and damage to civilian homes and infrastructure. Carrying out indiscriminate air strikes in densely populated areas or direct attacks on civilian homes will inevitably lead to the loss of civilian lives, in violation of international humanitarian law.”

Israel launched a military offensive, Operation “Protective Edge”, overnight, striking at least 50 sites in the Gaza Strip, and carrying out dozens more air strikes since the morning. At least 50 people, including children, have reportedly been wounded in Gaza as a result of Israeli military operations today, according to medics. Palestinian armed groups in Gaza have fired scores of indiscriminate rockets into southern Israel in recent days, and continued to do so on Tuesday.

The Israeli military and Palestinian armed groups have repeatedly failed to hold perpetrators accountable for war crimes and other serious violations of international law committed during previous rounds of fighting, in particular during the Israeli military operations “Pillar of Defense” in November 2012 and “Cast Lead” in December 2008 until January 2009.

Amid the renewed hostilities and in light of the continuing failure by both sides to provide accountability, Amnesty International is again calling for an international arms embargo on Israel, Hamas and Palestinian armed groups in the Gaza Strip.

“States must send a clear message that they will not facilitate further violations of international humanitarian law.”