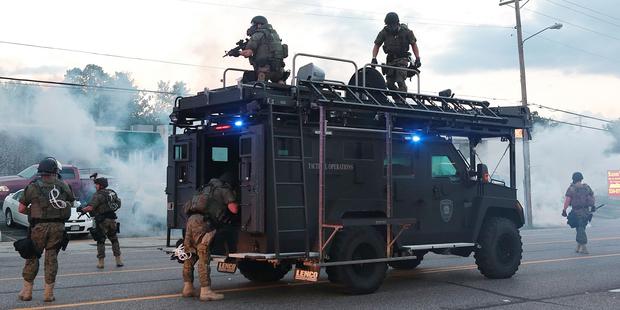 In addition to a prompt, thorough, independent and impartial investigation into allegations that police shot dead an unarmed teenager in Missouri, an investigation into the use of heavy-handed tactics to disperse a wave of protests in the wake of the shooting must be launched without delay, Amnesty International said.

The call comes after police last night again used tear gas and rubber bullets to disperse a demonstration in Ferguson, the St Louis suburb where an unarmed African-American teenager, Michael Brown, was shot dead by a police officer on 9 August. According to media reports, police arrested at least 10 people during last night’s protest, as well as two journalists who were covering the story yesterday afternoon.

The intentional lethal use of firearms is only permissible if strictly unavoidable in order to protect life.

“What is now urgently needed are thorough investigations, not further inflammation, of the incredibly tense situation in the aftermath of Michael Brown being shot dead,” said Erika Guevara Rosas, Americas Director at Amnesty International.
“Any police officer suspected of having committed unlawful acts must be held to account through effective investigation and, where warranted, prosecution.
Residents must be allowed to peacefully exercise their right to freedom of expression and journalists must not be prevented from carrying out their work.”