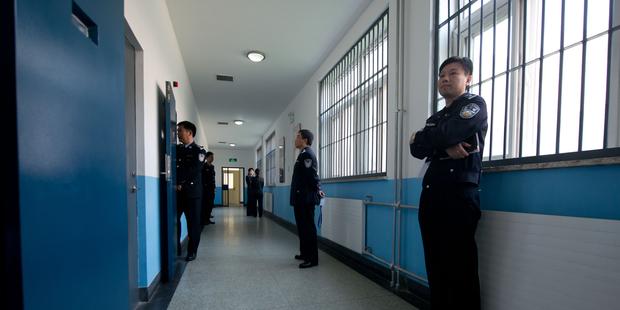 In 2013, China continued to execute more people than the rest of the world put together. © AFP/Getty Images

The rare acquittal of a death row prisoner in China, who had languished in prison through six years’ of appeals, is another reminder of the need to immediately end all executions and abolish the death penalty in the country, Amnesty International said.

NianBin, a former food stall owner, walked free today after a Fujian court acquitted him of "placing dangerous materials" due to insufficient evidence after he had lodged three appeals in six years.

“This rare acquittal is yet another vivid example of why the death penalty should be abolished, and the ever present risk of executing innocent people is just one of many compelling arguments against the death penalty,” said Anu Kultalahti, Amnesty International’s China Researcher.

“China’s justice system is deeply flawed and more needs to be done to promptly address the failures of this case, including allegations of torture. It’s appalling that Nian Bin and his family have had to suffer through six years with the threat of execution hanging over him despite the obvious lack of evidence in this case. ”

Nian Bin was accused of poisoning his neighbours with rat poison, leading to the death of two children and injuries to four others, in Aoqian village in Pingtan County, Fujian province in July 2006. Nian Bin alleged that he was tortured into admitting the crime during police interrogation.

Since his first trial in February 2008, Nian Bin has gone through the trial of first instance, three appeals, the Supreme People’s Court’s review and three retrials, which were all ordered due to insufficient evidence.

In October 2010, the Supreme People’s Court ruled against the death penalty sentence during its review, citing insufficient evidence and ambiguous facts, and ordered a retrial. Despite this, the Fuzhou City Intermediate Court defied the Supreme People’s Court’s ruling and sentenced Nian Bin to death again during the second retrial in November 2011.

The Fujian Provincial High People’s Court heard the last retrial on 4 July 2013 and applied for extension of the retrial a few times until it delivered its verdict today, freeing Nian Bin.

“In this case, China’s system of Supreme People’s Court review of all death sentences eventually prevented a miscarriage of justice. But Nian Bin and his family would not have had to endure such a lengthy process of retrials and appeals if the Fuzhou court had seriously considered the higher courts’ repeated rulings that there was insufficient evidence against him,” Kultalahti said.