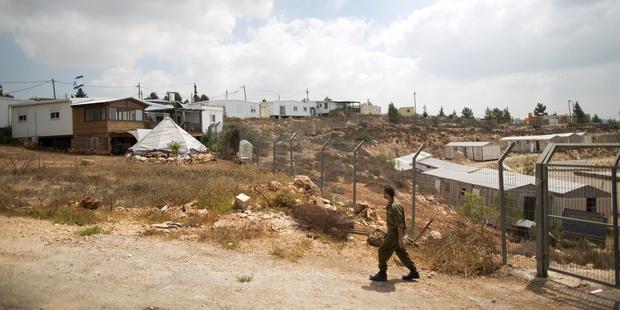 Around 40 per cent of the West Bank has already been classified by Israel as “state” land.(C) EPA/ABIR SULTAN

The Israeli authorities’ outrageous plan to expropriate nearly 1,000 acres of land in the West Bank is illegal and must be rescinded immediately, said Amnesty International.

“Israel’s strategy of illegally confiscating land for settlements in the West Bank must stop once and for all. Not only it is illegal under international law but it is leading to a wide range of violations of Palestinians’ human rights on a mass scale,” said Philip Luther, Amnesty International’s Director for the Middle East and North Africa.

“Reports that that the Israeli cabinet justified this land grab as a reaction to the deplorable murder in June of three Israeli teenagers suggests this is an act of collective punishment and that Israel is moving further and further away from its obligations under international law.”

The plans, announced on Sunday by the Israeli military-run Civil Administration, would directly affect at least five Palestinian villages in the Bethlehem area.

This appears to be the largest land grab in the Occupied Palestinian Territories since the 1980s.

Israel is appropriating the land based on its interpretation of a law dating back to the Ottoman era which declares an area “state land” if it has not been cultivated or farmed for several consecutive years.

Around 40 per cent of the West Bank has already been classified by Israel as “state” land.