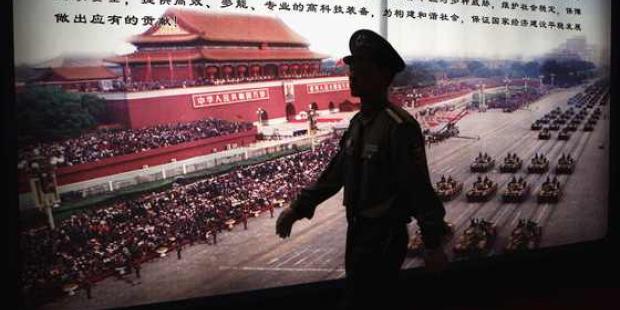 The flourishing trade, manufacture and export of tools of torture by Chinese companies is fuelling human rights violations across Africa and Asia, new research by Amnesty International and the Omega Research Foundation reveals.

The new report - China’s Trade in Tools of Torture and Repression - shows there are now more than 130 Chinese companies involved in the production and trade of potentially dangerous law enforcement equipment – compared to only 28 Chinese companies a decade ago.

Some of the devices openly marketed by these companies – including electric shock stun batons, metal spiked batons, and weighted leg cuffs – are intrinsically cruel and inhumane and therefore should immediately be banned.

Other equipment - that can have legitimate use in policing - such as tear gas and plastic projectiles or riot control vehicles – is being exported from China even when there is a substantial risk of serious human rights violations by the receiving law enforcement agencies.

"Increasing numbers of Chinese companies are profiting from the trade in tools of torture and repression, fuelling human rights abuses across the world,” said Patrick Wilcken, security trade and human rights researcher at Amnesty International.

Chinese companies – most of which are state-owned – have an increasingly strong presence in the global market for law enforcement equipment.

China is the only country known to manufacture spiked batons – which have metal spikes along the entire length of the baton or are plastic batons with a spiked metal head.

Seven Chinese companies openly advertise these inhumane sticks for export. Chinese-manufactured spiked batons have reportedly been used by police in Cambodia and exported to security forces in Nepal and Thailand.

The research found 29 Chinese companies involved in the export trade were advertising inherently cruel electric stun batons. These devices make it easy for security officials to apply extremely painful multiple shocks by hand to sensitive areas of the body including the genitals, throat, groin or ears without long-lasting physical traces.

“There is no excuse whatsoever for allowing the manufacture and trade in equipment for which the primary purpose is to torture or inflict cruel, inhuman or degrading treatment on people. These heinous acts are totally banned under international law and Chinese authorities should immediately place a ban on the production and trade in such cruel and inhumane devices,” said Patrick Wilcken.

One company – China Xinxing Import / Export Corporation – which has advertised equipment including thumb cuffs, restraint chairs, electric shock stun guns and batons – stated in 2012 that it has links with more than 40 African countries and its trade with Africa was worth more than US$100 million.

Amnesty International and Omega found evidence of what appear to be Chinese manufactured electric shock batons being carried by police in Ghana, Senegal, Egypt and Madagascar.

The worldwide trade in such equipment is also poorly controlled, and even those countries with more refined regulations such as in the EU and the USA need to make improvements and close gaps as new products and technologies enter the market.

The growth in China’s international trade in tools of torture and repression has taken place against a backdrop of continuing human rights violations at home. Torture and ill-treatment as well as the use of arbitrary force remain widespread in detention and in suppressing protests in the country. Amnesty International has documented a wide range of physical torture in China including through the use of electric shock batons.

Amnesty International and Omega are urging the Chinese authorities and those of all other countries to:

- impose an immediate ban on the production and trade of inherently abusive equipment
- immediately suspend or deny  trade licences for the supply of other equipment to law enforcement agencies and forces where there is a substantial risk the equipment will be used to commit or facilitate serious human rights violations
- establish export control regulations and practices for the control of security and police equipment that can have a legitimate use but is easy to abuse
- end all torture and cruel, inhuman and degrading treatment and punishment, as well as the use of arbitrary force, and investigate all allegations of such acts to bring the perpetrators to justice.