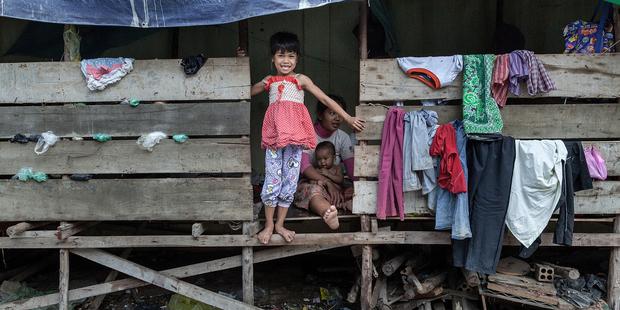 Forced evictions affecting thousands of people in Cambodia are among the human rights violations which Australia has condemned in the past.(C) Omar Havana/Getty Images

A new low in Australia’s deplorable and inhumane treatment of asylum seekers has been reached with a deal to apparently ship refugees to Cambodia, where respect for their human rights cannot be guaranteed, said Amnesty International.

An agreement between the Australian and Cambodian governments to relocate refugees to the South-East Asian state is to be signed tomorrow, 26 September, in Phnom Penh by Cambodia’s Minister of Interior and Australia’s Minister of Immigration and Border Protection.

This agreement is putting the short-term political interests of the Australian government ahead of the protection of some of the world's most vulnerable people – refugees,” said Rupert Abbott, Deputy Asia-Pacific Director at Amnesty International.

The lack of transparency over the terms of the agreement has been a major cause of concern in both countries. There has been no opportunity for civil society to contribute to discussions or to formally raise objections on the basis of international human rights standards.

Amnesty International and other international rights groups have questioned Cambodia’s suitability as a host country for refugees relocated by Australia.

The human rights situation in the country is troubling. There has been a marked deterioration of respect for freedom of expression, association and peaceful assembly, including a violent crackdown by security forces on striking workers and activists in January, while forced evictions, land disputes and land grabbing affect thousands of people.

Amnesty International cannot envisage how this will be possible given the lack of required services in Cambodia.

Many of the refugees who will apparently be relocated as part of the agreement between Cambodia and Australia have already been held unlawfully in harsh, humiliating conditions in Australia’s offshore detention centres.

Amnesty International has documented how asylum seekers offshore have been subjected to a host of human rights violations and abuses, including violent assault, as they wait in legal limbo.