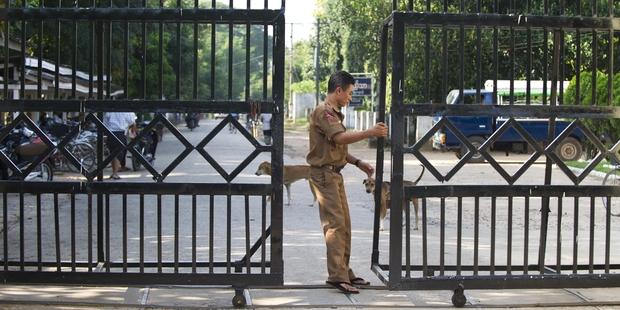 The Myanmar authorities today said that some 3,000 prisoners would be released in an amnesty, but none of the country’s activists will be included.(C) AFP/Getty Images

An amnesty of thousands of prisoners in Myanmar is essentially an empty political gesture as scores of peaceful activists are believed to remain behind bars, Amnesty International said.

The Myanmar authorities today announced that some 3,000 prisoners would be released in an amnesty, but none of the country’s prisoners of conscience – activists detained solely for peacefully expressing their views – will be included in the release.

“This is nothing but an empty gesture on the authorities’ part. The timing, so close to the ASEAN summit in Myanmar in early November, smacks of political opportunism,” said Richard Bennett, Amnesty International’s Asia Pacific Director.

“Myanmar’s authorities continue to rely on repressive laws to silence dissent and to target those who peacefully oppose the government. We are still receiving reports of human rights defenders, land rights activists, journalists, political activists and others being imprisoned for nothing more than expressing their opinions. As long as these detentions continue, amnesties like the one today do nothing to improve Myanmar’s human rights situation.”