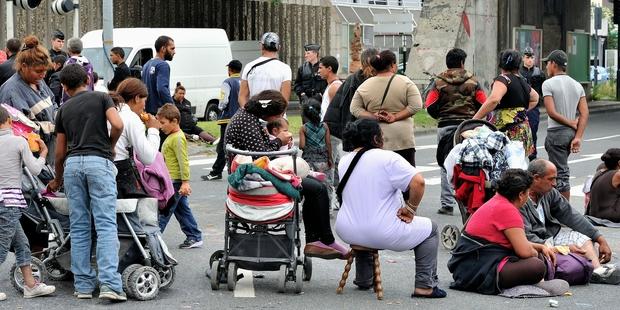 More than 200 Roma living at the Bobigny camp are set to be evicted.(C) Francine Bajande

Dozens of families will be left homeless if French authorities go ahead with the forced eviction of a Roma camp in a Paris suburb this week, Amnesty International warned today.

More than 200 Roma living in an informal settlement near Bobigny will be forcibly evicted from their homes within the next 48 hours, but many have not have been offered alternative housing.

“The French authorities must halt the forced eviction until they can offer suitable alternative housing solutions that have been accepted by the Roma community after proper consultation.”

According to international human rights standards, evictions should not render people homeless or vulnerable to other human rights violations.

The eviction is set to take place imminently despite Bobigny’s High Court decision in July that the eviction would constitute a violation of the right to family and private life.  The court also contested the municipality’s claim that the eviction was urgently needed.

Even the alternative housing proposed by the authorities is inadequate for the Roma families. It consists of flats not designed for families, some of which are beyond the outskirts of Paris, and at a great distance from the schools currently attended by the Bobigny children.

The eviction was planned after a social assessment of the Bobigny camp, requested by the authorities, was carried out in August.

Alternative accommodation was only offered to families with children of school age. However, many of these families were away at the time of the assessment because of school holidays and were not consulted or offered accommodation.

“The forced eviction will have disastrous consequences for the Bobigny Roma and ruin the progress made in recent months to integrate these families into the community,” said John Dalhuisen.

“The Bobigny eviction, if carried out in the absence of genuine consultation and without the provision of adequate alternative housing, will result in a forced eviction which is prohibited under international human rights law.”