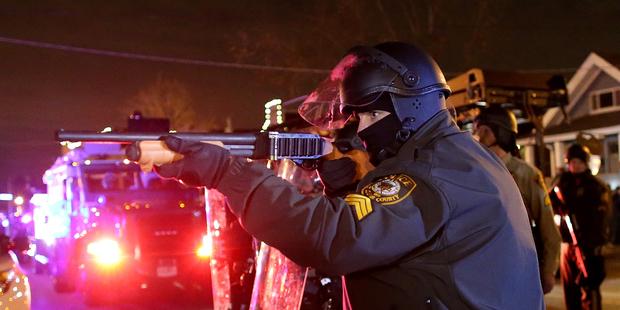 Amnesty International has called for law enforcement to protect the rights of those who peacefully protest the grand jury's decision. © 2014 Getty Images

Law enforcement personnel in the US state of Missouri must not resort to excessive use of force as protesters take to the streets following the Grand Jury decision not to indict a police officer accused of shooting the teenager Michael Brown, said Amnesty International today.

“There cannot be a repeat of the abuses that occurred during the policing of protests in August. The right to peaceful demonstration is a human right that must be protected vigilantly. Officers are duty-bound to respect and facilitate that right, not impede it,” said Amnesty International USA Executive Director Steven W. Hawkins.

“People must be assured that measures will be taken to prevent unnecessary or excessive force. The actions of law enforcement in the next few days will be absolutely critical to provide the necessary confidence that lessons have been learned. Amnesty International, and indeed the world, will be watching.”

Earlier this year protests erupted in the wake of the shooting. The police used heavy-handed tactics and repressive methods to quell what was largely peaceful demonstrations.

Amnesty International USA laid out its concerns about the protests in the report On the Streets of America: Human Rights Abuses in Ferguson. The report detailed observations on the ground including analysis of policing methods, such as the refusal to let people gather peacefully.

The report also outlined the organization’s concern regarding Missouri’s state statute which appears to broadly authorize the use of lethal force. Amnesty International notes that the statute is not in line with international standards as it goes well beyond the requirement that lethal force only be used when strictly unavoidable to protect life.

Amnesty International will be monitoring the protests and law enforcement response.