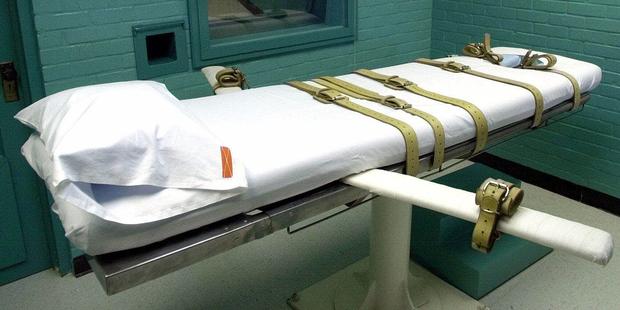 Scott Panetti, a 56-year-old man with a mental illness, is due to be executed in Texas on 3 December. © APGraphicsBank (C)APGraphicsBank

The State of Texas should immediately halt its unconstitutional and shameful plans to execute a man with severe mental illness, said Amnesty International with the scheduled execution now less than a week away.

Scott Panetti, a 56-year-old man whose mental illness predated and contributed to the 1992 double murder for which he was sent to death row, is scheduled to be executed in Texas soon after 6pm local time on 3 December. His mental illness infected his trial and persists to this day. He has spent nearly 20 years on death row.

“In the 21st century, a clear majority of countries have stopped executing anyone, let alone individuals with profound mental illness. While we believe that the death penalty is never just, even those who support judicial killing should see the manifest injustice evident here,” said Rob Freer, USA Researcher at Amnesty International.

“It is never too late until the lethal injection is administered. The parole board can vote for commutation. The governor can stop the execution, even without a recommendation to do so from the board. To choose to kill Scott Panetti would put down another shameful marker in the ugly history of the death penalty in the USA”.

Scott Panetti had already been hospitalized more than a dozen times with schizophrenia and other mental illness when, soon after the last of these hospitalizations in 1992, he shot and killed his parents-in-law.

As five US Supreme Court Justices noted in 2007, there is “much in the record to support the conclusion that [Panetti] suffers from severe delusions”, and the federal judge to whom they remanded the case found that “Panetti is seriously mentally ill”, and “was under the influence of this severe mental illness” at the time of his crime and when he represented himself at trial.

Scott Panetti insisted on acting as his own lawyer at his 1995 trial. During the proceedings he dressed as a cowboy and gave a rambling defence. Witnesses have variously described the trial as a “farce”, a “joke”, a “circus”, and a “mockery”.

According to his current lawyers, Scott Panetti’s mental illness persists, as indicated in prison records. The lawyers have said that the condemned man reports “hearing voices”, and claims the prison authorities have planted a “listening device” in his tooth and want him executed to shut him up “about the corruption” and to stop him from “preaching the Gospel.”

“Scott Panetti’s mental disability and the related questions of ‘competency’ have riddled this case from the outset. It is highly questionable whether he was competent to stand trial, represent himself, or whether he has a genuine understanding of the reason for and reality of his punishment. But whether or not Texas continues to succeed in defending this death sentence in the courts, the parole board and governor should call a halt to this shameful planned killing in the interests of decency, compassion and human rights,” said Rob Freer.

Amnesty International opposes the death penalty in all cases without exception. As of today, 140 countries have abolished the death penalty in law or practice. The USA was one of the only nine countries in the world that carried out executions each year between 2009 and 2013. Texas accounts for nearly 40 per cent of all executions in the USA since judicial killing resumed there in 1977 under revised capital laws.