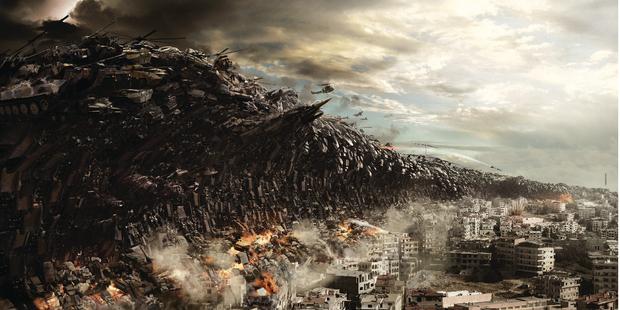 The global Arms Trade Treaty (ATT) enters into force on 24 December, marking a breakthrough for human rights after more than two decades of campaigning by Amnesty International and its NGO partners around the world.

For the first time, there is a treaty that explicitly embeds the human rights implications of each arms sale into every transaction.

Amnesty International and its supporters have lobbied and campaigned relentlessly for an ATT since the mid-1990s. As the first-ever legally binding treaty of its kind, it will block the flow of arms to governments that would use them to commit atrocities.

“This achievement is a truly historic breakthrough. It shows what is possible when human rights campaigners dig in for the long haul and work relentlessly to turn a good idea into a lifesaving reality around the world,” said Salil Shetty, Amnesty International’s Secretary General.

“When Amnesty International activists were among a small group of people who first proposed regulating the irresponsible international arms trade in the early 1990s, some even mocked the idea. Two decades on, the treaty now becomes a legally binding reality: a testament to their hard work, creativity and sheer determination.”

At least half a million people die every year on average and millions more are injured, raped and forced to flee from their homes as a result of the poorly regulated global trade in weapons and munitions. The arms trade is shrouded in secrecy, but the recorded value of international transfers is approaching USD$100 billion annually.

The ATT includes a number of robust rules to stop the flow of arms to countries when it is known they would be used for genocide, crimes against humanity, war crimes or serious violations of human rights law. Governments that are part of the ATT will now have to carry out objective assessments to avoid an overriding risk that an arms export would be used to commit those atrocities.

Five of the top 10 arms exporters – France, Germany, Italy, Spain and the UK – are among the 60 states around the world to have already ratified the ATT. The USA, by far the largest arms producer and exporter, is among 69 other countries that have signed but not yet ratified the treaty. Other major arms producers like China, Canada and Russia have resisted signing or ratifying the treaty.

Amnesty International will continue to press for all states to get on board the ATT and begin strictly implementing its lifesaving provisions. The organization’s supporters around the world will call on the USA, China and countries in every region of the world to ratify the ATT in the next year.

“The work does not stop here, and we will not rest on our laurels. While the Arms Trade Treaty sets key ground rules for the global arms trade, it is not a panacea. It will require even more widespread support and pressure to ensure states strictly adhere to its principles,” said Salil Shetty.

“There must be a clear commitment by states that this will not be business as usual. People around the world have suffered enough because of the reckless arms trade. Governments owe it to them to back up their commitment with action.”

Since the early 1990s Amnesty International has campaigned with NGO partners to achieve robust, legally binding, global rules on international arms transfers to stem the flow of conventional arms and munitions that fuel atrocities and human rights abuses. More than a million people around the world joined the campaign, calling on governments to agree a strong ATT with robust rules to protect lives.

On 2 April 2013, a total of 155 states voted in the UN General Assembly to adopt the ATT. Before it could enter into force, 50 states had to ratify the treaty, bringing it into their national law. This happened on 25 September 2014 – a very swift turnaround for a UN treaty.

This includes: planned shipments of arms from the USA to Iraq, where the organization has documented serious human rights abuses being committed in recent months; a massive Chinese shipment of arms and ammunition to conflict-ridden South Sudan, where Amnesty International has documented war crimes and crimes against humanity; along with a range of countries supplying small arms and light weapons to Honduras, a country which according to UN statistics has the highest homicide rate in the world.