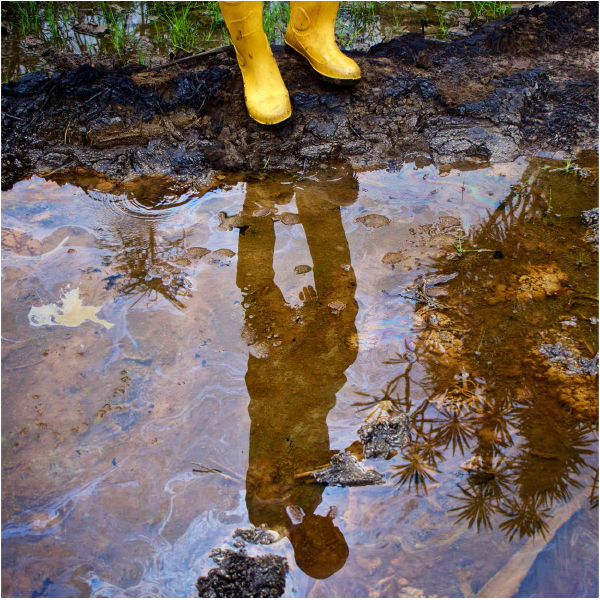 Claims by oil giant Shell that it has cleaned up heavily polluted areas of the Niger Delta are blatantly false, Amnesty International and the Centre for Environment, Human Rights and Development (CEHRD) said in a new report published today.

A report documents ongoing contamination at four oil spill sites that Shell said it had cleaned up years ago. The report is being published to mark the 20th anniversary of the execution, on 10 November 1995, of the environmental activist and writer, Ken Saro-Wiwa, who campaigned tirelessly against the damage caused by the oil industry in the Niger Delta.

“Oil spills have a devastating impact on the fields, forests and fisheries that the people of the Niger Delta depend on for their food and livelihood. Anyone who visits these spill sites can see and smell for themselves how the pollution has spread across the land.” The report also documents the failure of the Nigerian government to regulate the oil industry. Its watchdog, the National Oil Spill Detection and Response Agency (NOSDRA) is under-resourced and continues to certify areas as clean that are visibly polluted with crude oil.

The Niger Delta is the biggest oil-producing region in Africa. The largest international oil company there is Shell. It operates around 50 oil fields and 5,000 km of pipelines, much of them ageing and poorly-maintained. The oil giant’s own figures admit to 1,693 oil spills since 2007, though the real number is probably higher.

In 2011 the United Nations Environmental Programme (UNEP) exposed massive levels of pollution caused by oil spills from Shell pipelines in the Ogoniland region of the Niger Delta. UNEP also exposed how the damage done to the environment and people was exacerbated by the company’s failure to clean up the spills properly. In response, Shell promised to clean up sites identified by UNEP and improve its response to future spills.

Yet in field investigations at four of the spill sites UNEP identified as highly polluted in 2011, Amnesty International and CEHRD found all four remain visibly contaminated in 2015, even though Shell says it has cleaned them. The investigation demonstrates this is due to inadequate clean-up, and not new oil spills.

At one of the locations, Shell’s Bomu Well 11, researchers found blackened soil and layers of oil on the water, 45 years after an oil spill took place - even though Shell claims to have cleaned it up twice, in 1975 and 2012. At other sites, certified as cleaned by the Nigerian regulator, researchers found soil and water contaminated by oil close to where people lived and farmed.

Communities told Amnesty International and CEHRD how lingering pollution after oil spills had contaminated the land and rivers that nearly two-thirds of the Niger Delta’s people rely on for food and livelihood. Emadee Roberts Kpai, now in his 80s, was a farmer and fisherman until the oil spill at Bomu Manifold in 2009.

“Our creeks are no more. Fishing activity is no more productive. The farm I should be farming has already been devastated by oil spills from Shell. When Shell came to our community, they promised that if they find oil they’ll transform our community, and everybody will be happy… Instead we got nothing from it.”

The report is part of Amnesty International’s Clean It Up campaign, which calls on Shell to finally deal with the devastating impact of oil spills in Niger Delta. The campaign involves special vigils and protest actions outside Shell petrol stations ahead of the 20th anniversary of Ken Saro-Wiwa’s execution after an unfair trial on 10 November 1995.