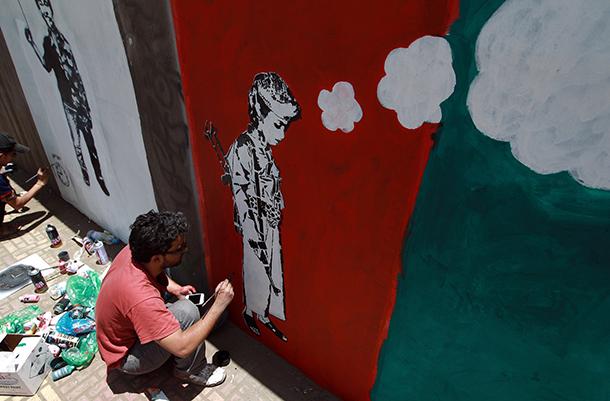 New evidence has emerged of how the Huthi armed group is actively recruiting boys as young as 15 to fight as child soldiers on the front lines of the conflict in Yemen, said Amnesty International today after speaking to the families of three boys targeted this month by the appalling practice which violates international law. The families also confirmed the recruitment of a fourth local boy.

Family members and an eyewitness told Amnesty International that the four boys, aged between 15 and 17, were recruited by fighters of the Huthi armed group in the capital, Sana’a. They only found out that their children had been taken away after being alerted by local residents, who described seeing them and as many as six other children boarding a bus in mid-February.

“The Huthis must immediately end all forms of recruitment of children under 18 and release all children within their ranks. The international community should support the rehabilitation and reintegration of demobilized children into the community.”

Interviewees have described how Huthi representatives run local centres that hold activities such as prayers, sermons and lectures where young boys and men are encouraged to join front-line battles to defend Yemen against Saudi Arabia.

According to an eyewitness, two of the four boys were recruited by a local Huthi representative after they were sent to a Quranic school for an initial religious induction in January, before they were returned to their families. One father said that his son told him the curriculum included the history of world wars and what was described as the Saudi Arabia-led coalition’s war on the Yemeni people.

Some family members said that there had been an increase in child soldier recruitment in their neighbourhoods due to the fact that many children no longer attend regular schools. The war has taken its toll on the economy and many families can no longer afford the transportation costs.

Two of the interviewees told that the Huthis promise monetary incentives to families to appease them, pledging 20,000 to 30,000 Yemeni riyals (approximately 80 to 120 US dollars) per child per month if he becomes a martyr at the front line. The Huthis also honour the families by printing out memorial posters for their boys to be put up locally as a tribute to their contributions to the war efforts.

As of February 2017, UN agencies have been able to document nearly 1,500 cases of children recruited by all parties to the conflict since March 2015.

In 2012 Huthi leader Abdel Malik al-Huthi met with the UN Special Representative for Children and Armed Conflict and pledged to work towards ending the recruitment and use of child soldiers. However, during its last six field missions to Huthi-controlled Yemen, between January 2015 and November 2016, Amnesty International has observed the use of armed children at checkpoints. Some were carrying books in one hand and a Kalashnikov in the other.

For the last few years, several parties to the conflict in Yemen have been listed in the annual report of the UN Secretary-General on children and armed conflict as actors that had violated children’s rights in conflict, including through recruitment and use of child soldiers.
The Saudi Arabia-led military coalition was also listed as an actor that had violated children’s rights in conflict until former UN Secretary-General Ban Ki-moon removed it as a result of direct diplomatic pressure from Saudi Arabia. The removal flies in the face of clear evidence of the coalition violating the rights of children during the conflict in Yemen.