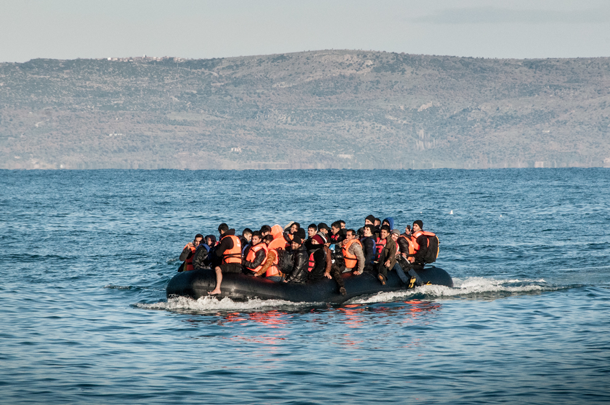 European Union (EU) leaders have chosen fear over compassion by signing off Council Conclusions which could harm some of the world’s most vulnerable men, women and children, Amnesty International said today.

The political agreement issued today details new migration proposals which include plans for “controlled centres” for asylum seekers andmigrants in EU states, and “regional disembarkation platforms” to disembark those rescued at sea outside Europe.

“After days of bickering, EU leaders have signed off a raft of dangerous and self-serving policies which could expose men, women and children to serious abuses,” said Iverna McGowan, Director of Amnesty International's European Institutions Office.

“This week’s Summit was a chance to fix Europe’s broken asylum system and create policies based on fairness, effectiveness and compassion. Instead EU leaders have chosen to pander to xenophobic governments who are hellbent on keeping Europe closed, and to push even more responsibility onto countries outside the EU.

“Plans to confine people who do reach Europe’s shores to “controlled” centres are alarming. This is a flimsy euphemism - EU leaders are moving towards a policy of detaining people who come to Europe seeking safety. This policy would be a far cry from the EU's founding principles of solidarity and respect for human rights.”

The Council also failed to adopt any decisive measures to deal with the appalling human rights violations refugees and migrants suffer in Libya, including as a result of the EU’s own support to Libyan authorities. The EU-supported Libyan Coastguard is intercepting an increasing number of people at sea and returning them to detention centres where they suffer torture, exploitation and rape.

The number of people arbitrarily detained in such centres has recently grown to about 9,000.

Likewise, with Malta and Italy closing ports to NGO rescue boats, leaving refugees and migrants adrift for days, the need for predictable disembarkation plans, a reform of the Dublin system, and safe and legal routes that provide alternatives to people embarking on dangerous journeys, is as urgent as ever.