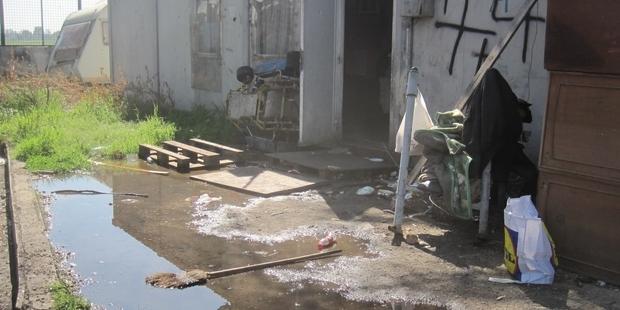 The Italian authorities must immediately stop plans to evict Roma families from a camp on the outskirts of Rome, and should instead improve housing conditions there, Amnesty International said today.

The Municipality of Rome plans to close the Tor de’Cenci camp and resettle inhabitants to a new camp by 10 July. It has failed to set out a clear rationale for closing Tor de’ Cenci, and to comply with relevant safeguards while making its decision and choosing a resettlement site.

“The serious deterioration of living conditions in the camp, coupled with the repeated message that Tor de’ Cenci would be closed anyway, has rendered the consultation flawed. The only option offered by authorities was the transfer to yet another camp,” said Amnesty International’s Deputy Director for Europe and Central Asia, Jezerca Tigani.

“The authorities should refrain from evicting residents who are not willing to relocate, and take steps in consultation with residents to restore adequate housing conditions and infrastructure in thecamp.”

“It’s not possible to put us first in a camp, then after 3 years in another camp, then 10 years later in yet another camp. They are playing with us as if we were a soccer ball”, a spokesperson from the community told Amnesty International.

More than 350 people of Roma ethnicity, mostly Bosnian and Macedonian nationals, have been living in Tor de’ Cenci for up to 16 years.

Tor de’ Cenci was opened by local authorities in 1995, in an area where residents have access to basic services, including schools for children.

In the past two years, however, local authorities started referring to Tor de’ Cenci as a “tolerated” camp, threatening to close it. Meanwhile, living conditions have progressively worsened, as thecamp has been effectively abandoned by authorities.

The authorities are planning to move the residents of Tor de’ Cenci into the new La Barbuta camp, which will be racially segregated.

The planned closure of Tor de’ Cenci and the construction of La Barbuta are part of Rome’s “Nomad Plan’, created under a state of emergency declared by the Italian government in 2008.

As part of their emergency powers, authorities were allowed to ignore key protection laws, including in the fields of environment and planning.

The “Nomad Emergency” enabled the Italian authorities to adopt discriminatory measures against Roma with impunity. It was eventually ruled unlawful in November 2011 by the Council of State,Italy’s highest administrative court.

Some of the families have agreed to move to La Barbuta, but many oppose the idea. Amnesty International opposes any forcible removal from Tor de’ Cenci of the families who have not expressly agreed to being relocated.

Most inhabitants say they would like to live in social housing, or to remain in Tor de’ Cenci if it is renovated. None of these options has been considered by authorities, allegedly because of lack of funding. But almost ?10 million were reportedly spent to build La Barbuta.

●La Barbuta is located in an isolated area adjacent to Ciampino airport, and is surrounded by fences and cameras. Local authorities plan to use the camp exclusively to house Roma families, creating a new racially segregated camp, although this is prohibited under international law and inconsistent with Italy’s recent commitments to the EU Commission.

“The authorities must improve housing conditions in Tor de’ Cenci. They should ensure that La Barbuta is brought in line with national and international standards and not used as a racially segregated camp,” said Tigani.

“They must also guarantee that any transfer of camp residents is carried out in genuine consultation with them. Housing options offered should not be limited to camps.”

“The Italian authorities must abandon the “Nomad Emergency”, provide remedy for the violations it caused and take measures to ensure adequate housing for all Roma.”