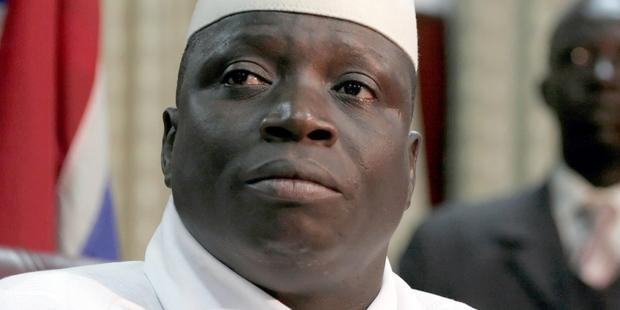 The Gambia's President Yahya Jammeh has done an about turn, announcing a moratorium on executions.

On the evening of Friday 14 September, President Jammeh announced a moratorium on executions as the deadline he set for all death sentences to be carried out neared.

“The President’s announcement of a conditional moratorium is simply not good enough. Making the moratorium permanent, with a view to abolishing the death penalty in law, is necessary to ease some of the anxiety of the death row inmates and their families” said Lisa Sherman-Nikolaus, Amnesty International’s Gambia researcher.

Their family members have been unable to access the prison or communicate with the inmates.

“Research shows that capital punishment is not a more effective deterrent for crime than other punishments. Furthermore, we know the Gambian criminal justice system is deeply flawed. It cannot guarantee fair trials and the protection of human rights for all people,” said Sherman-Nikolaus.

“Making the lives of those people on death row dependent on developments they have no power over is arbitrary and a violation of their right to life.”

The government statement said the President would uphold the Gambian Constitution and domestic laws, but Amnesty International is concerned that so far the government has not respected its own laws.

“Now is the time for the Gambian National Assembly to review the use of the death penalty in the Gambia. The country’s Constitution requires such a review, and indeed it is already years overdue,” said Sherman-Nikolaus.

At least two of the nine prisoners executed in August, Malang Sonko and Buba Yarboe, were killed without legal appeals according to the statement of the Ministry of Interior confirming the nine executions three weeks ago, in violation of international standards and the Gambian Constitution. The Constitution mandates that all inmates sentenced to death must have their appeal heard all the way to the Supreme Court.

Amnesty International is also concerned that the judiciary in the Gambia is not independent from political pressures, the use of “confessions” obtained under duress are prevalent. And other international safeguards on the use of the death penalty are not followed.

"We are continually trying to verify information regarding those who were executed and who are still on death row but the climate of fear in the country makes it extremely difficult to get co-operation from lawyers and other legal professionals,” said Sherman-Nikolaus.

The Gambia’s seriously flawed, ambiguous and inaccessible criminal justice system also means that even the lawyers and the families of those on death row are unsure of the status of the legal proceedings in individual cases.

“Amnesty International calls for a transparent review of all death penalty cases without recourse to the death penalty,” said Sherman-Nikolaus.

The families of the one woman and eight men executed last month still have not had the bodies of their loved ones returned for burial, nor have they been informed of where the bodies are located.

“It’s been three weeks since the executions, and the government adds to the suffering of the families by not letting them get closure. That’s cruel and inhumane,” Sherman-Nikolaus added.

Amnesty International welcomes the statements by the African Commission on Human and Peoples’ Rights, among others, and urges regional and international institutions to ensure the Gambian government does not carry out any further executions. The recent executions go against the regional and global trend towards the abolition of the death penalty.

According to the Gambian government, until last month no executions had been carried out since 1985. Amnesty International’s information showed the last execution was in 1981, and had previously considered the Gambia abolitionist in practice.

In a speech he made last month President Jammeh announced that “all death sentences would be carried out to the letter by mid-September”.

On the evening of Thursday 23 August eight men and one woman were taken from their cells in Mile 2 prison near the capital city, Banjul, and shortly after executed by firing squad.

The executions shortly after were carried out without prior notification to the prisoners, their families or their lawyers. The government confirmed the executions in a statement by the Ministry of Interior only on 27 August and after substantial international pressure.