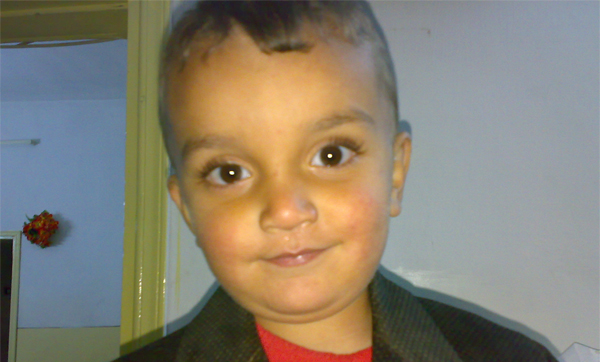 The organisation urged the newly established National Coalition of Syrian Revolutionary and Opposition Forces, and the new leadership of the Syrian National Council (SNC), Syria main opposition group in exile, to set up effective oversight mechanisms to monitor the conduct of armed opposition groups, with a view to preventing further war crimes and other abuses.

The organisation also reiterated its call on the Syrian government, whose armed forces and paramilitary militias are responsible for most of the violations, to put an immediate end to the increasingly frequent attacks against civilians not involved in the conflict, notably through indiscriminate air bombardments ? including with internationally banned cluster bombs - and artillery shelling.

Commanders and others in a position of authority may be held criminally responsible if they fail to prevent war crimes and other violations of international humanitarian law. Fighters on all sides must be made aware that they will not be able to hide behind the excuse that they were ‘just following orders’ and that they will be made to answer for their actions, the organisation said.

The fighting continues to put civilian lives at serious risk, in particular given the Syrian armed forces’ indiscriminate air bombardment and artillery shelling of heavily populated residential areas and their use of inherently indiscriminate and internationally banned weapons, such as cluster bombs.

Meanwhile, opposition forces have been seizing significant quantities of heavier weapons from government military positions they have recently overrun, and have often been using these weapons in a reckless manner which endangers civilian residents.

The spiralling violence has caused a refugee crisis ? on 9 November the UN Refugee Agency (UNHCR) announced a surge in the number of Syrians seeking refuge in neighbouring countries, with some 11,000 people fleeing the conflict in a 24-hour period. In addition to more than 300,000 Syrians who have fled the country, well over one million others have been displaced by the fighting but remain in Syria, many in desperate humanitarian conditions.

Amnesty International said that the massive and unabated displacement of civilians from their homes was a clear measure of the severity of the crisis faced by the new opposition leadership which is calling on the international community for support in their uprising against the Syrian government’s continuing repressive measures. The organization called for the new leadership to show, both in word and deed, that they will not tolerate further abuses by armed opposition .

In recent months, armed opposition groups all over Syria ? both forces fighting under the banner of the Free Syrian Army (FS) and others with no links to the FSA ? have been accused of a growing number of serious abuses and potential war crimes, including the unlawful killings of captives, documented in Amnesty report Syria: Armed group carries out summary killing of security forces in Idlib.

Amnesty International calls on Syria’s new opposition leadership to establish oversight mechanisms to stem such abuses by armed groups under their control. This includes creating an effective command structure capable of ensuring that fighters are aware of their duty to abide by IHL, including the necessary precautions to spare civilians caught, and which can enforce compliance with IHL obligations.

By far the main cause of civilian deaths during the armed conflict has been the Syrian armed forces’ relentless use of indiscriminate aerial bombardment and artillery shelling in heavily populated civilian areas.

Government forces have also stepped up their use of internationally banned cluster bombs against towns and villages in areas under opposition control.

Such attacks constitute war crimes and have exacerbated the refugee crisis as well as dramatically increased the number of internally displaced persons inside Syria.

The Syrian armed forces’ use of banned weapons like cluster bombs as well as aerial bombardments in built-up areas have unlawfully killed and injured a large number of civilians and destroyed homes and infrastructure, aggravating the ever-growing refugee crisis.

Amnesty International reiterated its call on Syria’s neighbours to keep their borders open to all refugees fleeing the conflict and allow them access to safety without delay. The organisation has also urged the European Union to step up efforts to share responsibility for refugees and ease the strain on Syria’s neighbours.

Since the beginning of the unrest in Syria in early 2011, Amnesty International has repeatedly called on the UN Security Council to refer the situation in the country to the International Criminal Court, to freeze the assets of President Bashar al-Assad and other senior government officials, and to call on Russia and other countries to stem the flow of arms to the Syrian government