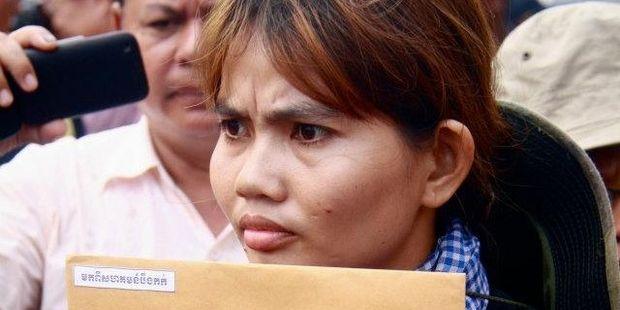 Yorm Bopha and Tim Sakmony are to go on trial at Phnom Penh Municipal Court on 26 December, and face between six months and five years in jail if found guilty. Bopha is accused of assaulting a suspected thief, and Sakmony with making a “false declaration” to obtain accommodation for her disabled son.

Both were arrested in early September 2012 and have been held in pre-trial detention since then. The authorities appear to have levelled baseless charges against them because of their peaceful struggle for land and housing rights.

“The Cambodian authorities are trying to silence the voices of two activists who have been courageously campaigning for their communities’ basic human rights,” said Janice Beanland, Amnesty International’s Campaigner on Cambodia.

“We consider both women to be prisoners of conscience, and they should be released immediately and unconditionally.”

The two women have both been outspoken activists peacefully struggling against the forced eviction of their communities.

Tim Sakmony is one of the representatives of 106 families now living in squalor next to the demolished site of the Borei Keila community in central Phnom Penh.

More than 300 people were removed from the site in January 2012. The families are demanding housing promised to them by Phanimex, the company developing the site - a pledge which it now says it cannot afford to honour in full.

Yorm Bopha played a leading role in calling for the release of 13 Boeung Kak Lake women activists who were sentenced for up to two-and-a-half years’ imprisonment in May 2012, simply for participating in a peaceful protest.

The families from the Boeung Kak Lake community have been battling forced evictions since 2007, when the government leased their land to a company, Shukaku Inc, for development.

The cases symbolize a disturbing deterioration in Cambodia’s human rights situation, which has intensified in 2012.