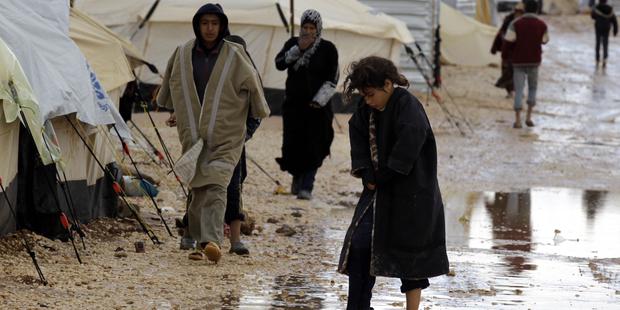 Preventing refugees from entering Jordan to escape the conflict in Syria would increase suffering and could lead to further bloodshed and human rights abuses, Amnesty International said today following the Jordanian Prime Minister’s announcement that the Jordanian authorities would close the border if Syrian President Bashar al-Assad's government collapses.

At a press conference in the Jordanian capital Amman on Thursday, Prime Minister Abdallah Ensour told reporters that his country would not allow the continued entry of refugees into its territory if al-Assad’s government falls or refugee numbers rise significantly, but would seek to keep them inside Syria.

"At a time when people in Syria may need protection the most, Jordan is effectively threatening to close its borders, further exposing them to harm,” said Charlotte Phillips from Amnesty International’s refugee team.

“Supporters of the al-Assad government, many from Syria’s minorities, are already facing human rights abuses by armed opposition forces.”

"If the al-Assad government is overthrown, there is a very real concern that those perceived supporters will be at risk of harm, including reprisal attacks, from armed opposition groups.”

It is also likely that many others will need to seek sanctuary from the continuing violence and humanitarian emergency which has taken hold in Syria. Civilians, regardless of which group or community they belong to, may need to leave Syria to avoid being caught up in fighting between the various factions.

At Thursday’s press conference, the Jordanian Prime Minister also stated that Palestinians fleeing Syria with Syrian identity cards are being blocked from entry.

"Jordan, as well as other countries neighbouring Syria, have an obligation under international law to ensure that all those fleeing persecution or human rights abuses are able to seek asylum on their territories, both now and in the future," said Phillips

"Everyone has a right to leave their country and seek asylum. States are prohibited from forcibly returning anyone, in any manner whatsoever, to a country or territory where they would face a real risk of persecution or serious human rights abuses. This includes rejecting people at the border."

“Palestinians should not be denied the right to seek asylum because of their identity.”

To date, more than 620,000 refugees have fled the conflict in Syria to neighbouring countries in the region and North Africa to escape the bloody conflict that has so far left at least 60,000 people dead, according to United Nations figures.

Many of those who have managed to flee across borders are suffering extreme hardship in harsh winter conditions as the recent flooding of refugee camps in Jordan has highlighted.

According to the UN Refugee Agency, Jordan has received at least 187,552 refugees from Syria.

"Amnesty International acknowledges that neighbouring countries, including Jordan are generously hosting significant numbers of refugees despite the considerable strain on resources that such a large influx poses," said Phillips

"Whilst it is paramount that Syria’s neighbours continue to keep their borders open, the international community must at the same time significantly step up its support to refugees and the neighbouring countries which host them."