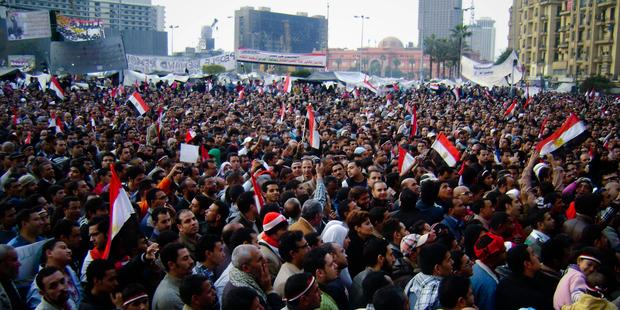 A move by Egyptian authorities to prohibit national NGOs' contact with foreign organizations without prior permission from security bodies represents a new low for freedom of association, said Amnesty International.

In a letter to the NGO the Egyptian Organization for Human Rights, Egypt's Ministry of Insurance and Social Affairs stated that no "local entity" is permitted to engage with "international entities" in any way without the permission of the "security bodies" referring to instructions issued by the Prime Minister.

Amnesty International has obtained a copy of the letter. The vague language on "international entities" is likely to include both international human rights organizations and UN bodies.

"NGOs in Egypt already face staggering restrictions, but this instruction is a new low,"said Hassiba Hadj Sahraoui, Amnesty International's Deputy Director for the Middle East and North Africa.  "It is a disturbing indicator of what may lie ahead for human rights groups in the government's new law."

Under current legislation the numerous obstacles faced by NGOs include restrictions on registration and obtaining foreign funding.  Drafts of new laws seen by Amnesty International tighten restrictions even more---in some cases severely limiting the ability of NGOs to conduct fact-finding visits and other essential activities, as well as further restricting funding.

"We fear that the authorities are yet again trying to push through legislation to stifle civil society to prevent criticism," said Hassiba Hadj Sahraoui.

Since the 25 January Revolution of 2011 the Egyptian authorities have continued cracking down on international organizations and human rights groups.

In July 2011, the Egyptian government launched an investigation into the foreign funding of NGOs, leading to an unprecedented series of raids on both international and local civil society groups in December of that year.

"The authorities must stop using independent civil society organizations as scapegoats for all the ills of Egypt," said Hassiba Hadj Sahraoui. "Banning contacts with international 'entities'invokes Mubarak-era practices that the current President had pledged to break with."

"We're urging the Egyptian authorities to ensure that any legislation to replace the NGO law is in line with international law, respects the rights to freedom of expression and freedom of association, and is based on transparent consultations with human rights organizations and other NGO."