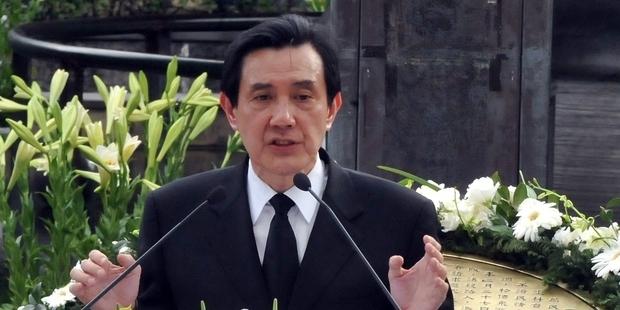 Taiwan's President Ma Ying-jeou should impose an immediate moratorium on the use of the death penalty.(C) Mandy Cheng/AFP/Getty Images

Taiwanese authorities executed six men on Friday night in what Amnesty International said was a cruel change of heart from their earlier stated commitment to abolish the brutal practice.

Those put to death were: Chen Tung-Jung, Chen Jui-Chin, Lin Chin-Te, Chang Pao-Hui, Li Chia Hsuan, and Chi Chun-I.
These latest executions come only a few months after Taiwan put to death six other inmates in December 2012, the only executions carried out in the country last year.

"President Ma Ying-jeou should impose an immediate moratorium on the use of the death penalty to engage in a national debate about abolishing its use in the future."

In February, Manfred Nowak, a former UN Special Rapporteur on torture and other cruel, inhuman or degrading treatment or punishment and Eibe Riedel, a member of the UN Committee on Economic, Social and Cultural Rights, visited Taiwan after calling for such a moratorium.

Nowak and Riedel were part of an Independent Experts panel invited by the government to consider its report on implementation of UN human rights covenants. In their report issued in Taipei on 1 March 2013, the Independent Experts strongly recommended that the government of Taiwan intensify its efforts towards abolition of capital punishment and---as a first and decisive step---to introduce an immediate moratorium on executions. They urged the government, pending abolition, to observe all relevant procedural and substantive safeguards relating to the use of capital punishment and in particular to commute the death sentence in all cases where such punishment was imposed on the basis of a confession extracted through torture.

The Taiwanese government has replied to the observations saying that it would be "difficult" for Taiwan to abolish the death penalty at this stage and they have set up a special committee to examine the different possibilities for gradual abolition of the death penalty.

Amnesty International’s annual Death Sentences and Executions report, published earlier this month, lists Taiwan as one of only eight countries or territories in the Asia-Pacific region that carried out executions in 2012. Its six executions last year made it the fifth-largest executioner in the region.

There are currently 50 people awaiting execution in Taiwan after exhausting all appeals.

Family members are typically not informed about scheduled executions in advance. They only find out when they are invited to collect the body from the mortuary.

In addition, serious fair trial concerns have marked the country’s use of the death penalty.

In April 2012, Taiwan's High Court quashed the convictions of three men sentenced to death over the murder of a couple 21 years ago, as it found that the convictions were based on unreliable confessions.

Amnesty International opposes the death penalty in all cases without exception regardless of the nature of the crime, the characteristics of the offender, or the method used by the state to carry out the execution.