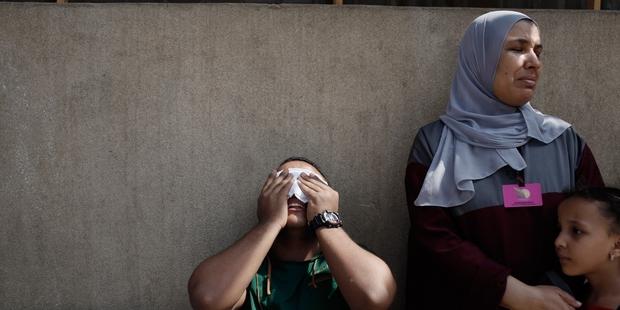 Amnesty International is calling for an urgent independent investigation into the reported deaths of at least 51 people outside the Republican Guard headquarters today.

“There is a crucial need for independent and impartial investigations that can be trusted by all sides. However, Egypt’s authorities have a poor track record of delivering truth and justice for human rights violations,” said Hassiba Hadj Sahraoui, Deputy Director of the Middle East and North Africa Programme.

“Past military investigations have white-washed army abuses, and the authorities have buried the conclusions of a fact-finding report they ordered into protester-killings, refusing to make it public. Egypt’s Public Prosecution has spent more time charging government critics than it has prosecuting the police and army for human rights violations.”

“Effective investigations are critical to stop officials from repeating human rights violations. The head of the army’s Republican Guard is the same man who led a deadly crackdown on protesters in front of the cabinet building in December 2011.”

“In an atmosphere of polarization and distrust, every step must be taken to ensure that the investigations announced by the authorities are independent, impartial and thorough and seen to be so.  Decades of impunity have eroded the rule of law. Effective, transparent investigations that deliver justice for victims and their families would be a means to restore faith and a step towards national reconciliation. Whatever form the investigation takes, it must meet international standards, including having the power to compel military or other officials to give evidence.”