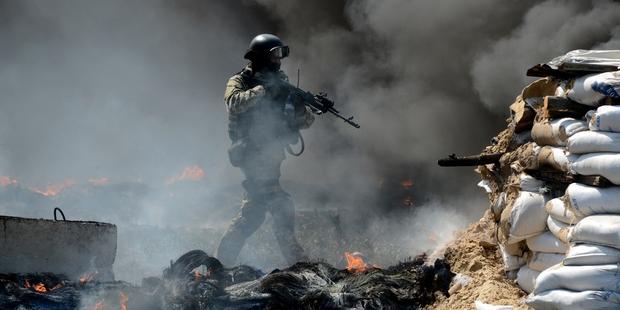 All Ukrainian law enforcement and military officials engaged in an operation to restore security in eastern Ukraine must adhere to international standards on the use of force and firearms, Amnesty International urged today.

The call comes after Ukraine’s Ministry of Internal Affairs posted a statement today saying that three checkpoints had been taken and five “terrorists were destroyed” by Ukrainian security forces attempting to regain control of Slovyansk, Donetsk region, from a pro-Russian armed group that has seized control.

“An independent, impartial investigation should be launched into the events leading up to today’s reported loss of life at checkpoints around Slovyansk – if it is found the Ukrainian forces violated international standards, they must be brought to justice.”

“The armed group’s hostage-taking amid their seizure of public institutions in Slovyansk and other towns and cities in eastern Ukraine is a human rights abuse, but this must not be met with human rights violations by Ukrainian security forces.”