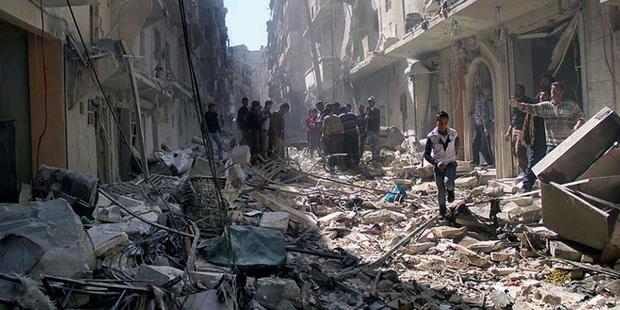 Russia and China have displayed a chilling disregard for countless victims of serious human rights abuses in Syria by vetoing a UN Security Council resolution today to refer the situation to the Prosecutor of the International Criminal Court (ICC), said Amnesty International.

“The vetoes by Russia and China are a callous political move that betrays suffering people in Syria. The resolution would have allowed the ICC to step in to investigate war crimes and crimes against humanity committed by all sides to the conflict and sent an important message that these horrific crimes cannot be committed with impunity,” said Philip Luther, Middle East and North Africa Programme Director at Amnesty International.

“A crucial opportunity for justice has been squandered. Once again, Russia and China have abandoned the Syrian people for the sake of salvaging political alliances and the Security Council’s members have failed to unite to deliver international justice on behalf of the millions of civilians suffering as a result of this conflict. Not only does this move risk emboldening those who are committing crimes with impunity but it is yet another sign of how the international community is failing Syrians.”

Russia and China have vetoed three previous Security Council resolutions on Syria since the crisis began.

The latest failure has exposed flaws in the Security Council decision-making process and seriously calls into question its ability to offer any real prospects for safety to civilians and justice, truth and reparation to victims of the conflict in Syria.

It took nearly three years for the first UN resolution on Syria to address the abysmal humanitarian crisis unfolding in the country. Resolution 2139, passed in February 2014, called for immediate humanitarian access and an end to human rights abuses. Two months on, the terms of that resolution are being openly flouted.

Amnesty International is calling for the Security Council to take concrete action, such as imposing targeted sanctions against individuals of all parties who are deemed responsible for the commission of crimes under international law and are failing to ensure the resolution is being implemented on the ground.

Despite the lifting of the siege on the Old City of Homs this month and a slight improvement in humanitarian assistance, many other civilians remain under siege. Around 20,000 civilians are besieged in Yarmouk, south of Damascus, where, according to Amnesty International’s research, more than 260 people have died from siege-related deaths since it was tightened in July 2013 – at least 70 of them since the resolution was passed on 22 February 2014.

Arbitrary detention, enforced disappearances, torture and deaths in custody – including in the custody of armed groups – have continued. A call in the resolution for the release of all detainees arbitrarily held and abducted, including prisoners of conscience, has also not been heeded.

“The repeated failure of the Security Council to alleviate the suffering of Syrian civilians has badly damaged its credibility and undermines confidence in its ability to respond to serious human rights violations,” said Philip Luther.

“In order to recover any kind of meaningful role in the fight against impunity and human rights abuses in Syria, the Council’s members must significantly step up efforts to enforce resolutions, reject politicization and unite to uphold respect for human rights.”