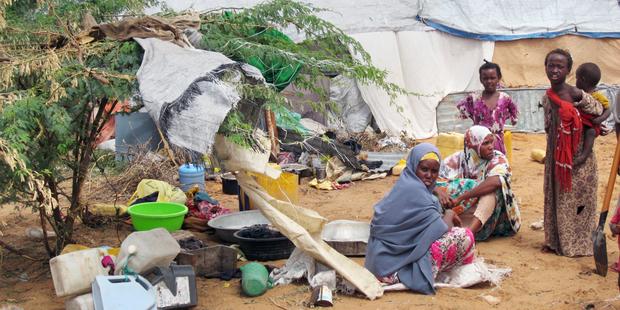 The Netherlands’ repeated attempts to forcibly return Somalis to areas controlled by the Islamist armed group al-Shabaab exposes them to grave risks of human rights abuses and would be a blatant violation of international law, Amnesty International said in a new briefing published today.

The Dutch government has insisted that Somalis can be forcibly sent to the most perilous areas of the country, including those where al-Shabaab is responsible for unlawful killings, torture and ill-treatment.

“By sending Somalis to volatile areas where their lives are in danger, the Dutch government is also responsible for the human rights abuses they face on their return.”

International law requires that states do not return people to areas where their lives or freedoms are at real risk, such as certain situations of armed conflict.

Amnesty International has called on other governments including Denmark, Sweden, the United Kingdom, Norway and Saudi Arabia to end their policy of returning Somalis to south and central Somalia.

Amnesty International has received numerous reports of Somalis being accused of spying by armed groups, leading in many cases to retribution - including killings. Many Somalis fear returning to areas not only controlled by al-Shabaab, but also to areas where the armed group has a presence, including Mogadishu.

In Mogadishu and other areas of south and central Somalia, people continue to be killed and wounded in crossfire during armed clashes and by suicide attacks, grenade attacks and by improvised explosive devices (IEDs). Ongoing military operations throughout 2014 have led to an increase in violence against civilians.

In November 2013, the Netherlands flouted international law and forcibly returned 26-year-old Ahmed Said, who had left Somalia more than 20 years earlier, to Mogadishu - a city he said he had never visited.

Three days later he was wounded along with numerous others in a suicide attack that killed at least six people.

“All countries have a responsibility to protect people who are at risk of serious human rights abuses if returned to their countries, rather than sending them back into the lion’s den,” Wanyeki said.

“Not only is it dangerous and irresponsible to put people’s lives at risk in this way, but states are in flagrant violation of their obligations when they do.”

In May 2014, the United Nations Secretary-General urged all countries providing refuge to Somalis fleeing conflict to comply with their obligations under international law and not to return them forcibly to Somalia, where their lives could be at risk.