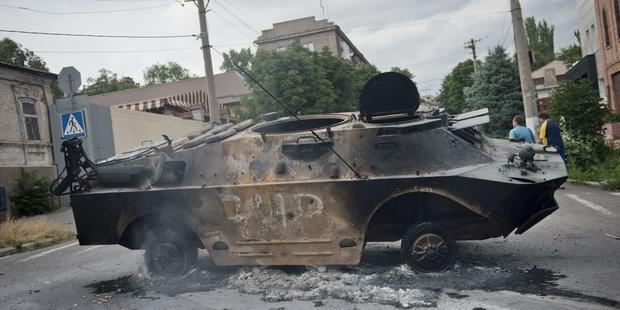 Both sides in the conflict have accused each other of breaking a ceasefire agreement.(C)AFP/Getty Images

The deaths of two children killed by shelling while they played football on a school playing field in easternUkraine must be immediately, fully and impartially investigated, Amnesty International said today.

Four other youths were wounded in the attack, which came as separatists and pro-Kyiv forces accused each other of breaking a ceasefire agreement.

"We have witnessed both sides in this conflict ignoring their legal obligations and failing to protect civilians and this is the latest tragic example of the consequences," said Denis Krivosheev, Amnesty International's Deputy Director for Europe and Central Asia.

"Today's shocking attack in Donetsk must by fully investigated. If it is found to constitute a war crime, those responsible must be brought to justice."