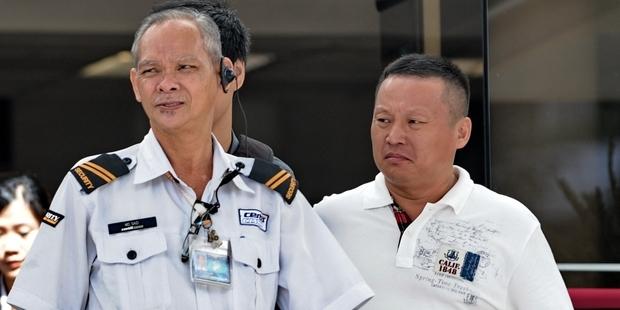 Four Chinese migrant bus drivers could face up to a year in prison and steep fines for allegedly instigating a strike unless the Singapore authorities immediately drop the charges against them, Amnesty International said ahead of a pre-trial hearing for the men on 8 February.

The drivers ? He Jun Ling, 32, Gao Yue Qiang, 32, Liu Xiangying, 33, and Wang Xianjie, 39 ? were charged with violating section 10（a） of the Criminal Protection （Temporary Provisions） Act and allege that they were ill-treated in custody. If the men are found guilty, besides jail time, they face possible fines of up to S$2,000 （US$1,615） each ? nearly twice their monthly wage.

The four men were among 171 Chinese migrant bus drivers who took part in a “strike action”, by refusing to go to work and staying inside their company-run living quarters on 26 November 2012. Along with 84 others they continued the work stoppage into the following day. The industrial action was the first in more than two decades in Singapore, where the law prohibits organizing a strike in essential sectors such as public transport without 14 days’ advance notice.

“These four men are facing jail time and steep fines merely for conducting peaceful industrial action in the privacy of their dormitories, as well as exercising their rights to freedom of association and assembly ? all of which are protected under international human and labour rights law,” said Isabelle Arradon, Amnesty International's Asia-Pacific Deputy Director.

“These basic and fundamental rights must be upheld for all living in Singapore, including migrant workers.

“The Singaporean authorities must immediately drop the charges against the four bus drivers and launch an independent investigation into reports of ill-treatment during their arrest and interrogation.”

Two of the men allege they were ill-treated at the time of their arrest last November. According to He Jun Ling, he was handcuffed and punched by a police officer. Liu Xiangying alleges that the officer punched and slapped him after being handcuffed to a chair.

Singapore’s police force has launched an internal probe into the matter, but Amnesty International believes that an independent, transparent and impartial investigation is needed to establish the truth and bring those responsible to justice.

The four drivers, as well as human rights defenders assisting them, have reported being followed by Singapore’s internal security department on several occasions over the past two months. They filed a police report on the matter in January 2013, but no action has yet been taken to stop such intimidation.

The industrial action last November resulted from allegations that migrant Chinese employees of Singapore’s national public transport operator SMRT ? roughly a quarter of the company’s 2,000 drivers ? are paid significantly less than colleagues of other nationalities.

The month before the strike, drivers were informed of a pending S$50 （US$ 40） pay rise. Chinese nationals were excluded from the increase ? putting their starting salary at S$1,075 （US$ 868）, compared to S$1,400 （US$ 1130） for their Malaysian counterparts. Singaporean drivers are reportedly paid even more.

Following the strike, in December 2012 the Singapore authorities revoked the work permits of 29 of the striking bus drivers and deported them to China.

Singapore is falling far short of international human rights and labour standards in its treatment of migrant workers.

Under the Universal Declaration of Human Rights, everyone has the rights to peaceful assembly, to equal pay for equal work free from discrimination, and to form and join trade unions.

According to the International Labour Organization （ILO）, workers ? regardless of their nationality ? have a “fundamental right” to strike peacefully, and restrictions on the right to strike in “essential services” sectors can only be justified if the interruption of the services could endanger the life, safety or health of all or part of the population, or in situations of acute national crisis.

However Singaporean law restricts migrant workers’ rights to freedom of association. The country’s Trade Unions Act prohibits anyone who is not a Singaporean citizen from serving in certain union roles without the explicit written approval of the Minister of Manpower.

“In Singapore, the law effectively prevents migrant workers from representing themselves, requiring them instead to join a Singaporean-led trade union if they wish to be represented,” said Arradon.

“The Singaporean authorities must end workplace discrimination against migrants and promptly ratify ILO Convention No. 111 on Discrimination in Employment and Occupation.