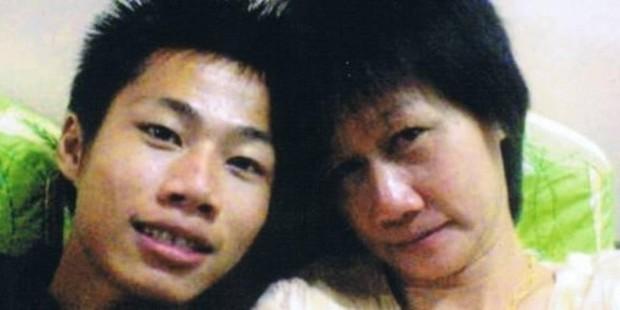 The reduction of a death sentence to life imprisonment for a convicted drug trafficker in Singapore is a landmark step, but must now be followed by continued reforms, Amnesty International said today.

Yong Vui Kong, a 25-year old Malaysian man, has been on death row in Singapore since he was arrested on drug charges six years ago . A High Court in Singapore today reduced his death sentence to life imprisonment and 15 strokes of the cane.

"This is a landmark ruling, and possibly the first time in history that someone sentenced to death under Singapore's draconian drugs laws has had their sentence commuted," said Roseann Rife, Amnesty International’s East Asia Research Director.

Under Singapore's laws at the time of his sentencing, Yong Vui Kong’s possession of 47g of heroin amounted to drug trafficking and warranted the mandatory death penalty, which is prohibited under international law.

Legislative amendments to abolish the mandatory imposition of the death penalty under certain circumstances of murder and drug trafficking were adopted by the Singaporean Parliament on 14 November 2012.

"Yong Vui Kong should never have had to suffer through six years on death row for a non-lethal offence which doesn't warrant a death sentence under international law. He must also be spared the 15 cane strokes, which is a cruel, inhuman and degrading punishment."

Following the legislative amendments, Yong Vui Kong was among 34 prisoners whose cases were pending review. Only four people had their death sentences commuted in 2013 so far, but Yong Vui Kong’s is the first drug-related case.

"It is now up to the Singapore authorities to build on today's ruling and start a genuine debate on the death penalty, with the view to its eventual abolition. Hopefully other commutations will follow and the moratorium on executions established in 2012 will be extended indefinitely. Singapore should put an end to mandatory death sentences for drug crimes once and for all," said Rife.

Under the amended legislation in Singapore, courts are now given the discretion not to impose the death penalty in certain circumstances. In murder cases, the defendant may now be spared the death penalty if they prove that they did not intend to cause death. In drug-related cases, this would happen if the defendant had only been involved in transporting, sending or delivering an illicit substance, or had only offered to commit these acts. Equally, defendants would be spared the death penalty if they proved that they were suffering from "such abnormality of mind ... as substantially impaired his mental responsibility for his acts and omissions..."

While these restrictions to the imposition of the mandatory death penalty are a welcome step, proposed measures do not conform to human rights law and standards, particularly the inclusion use of caning as a form of alternative punishment, and the inclusion of persons with mental disabilities among those against whom the death penalty may be imposed. Furthermore, for defendants to be spared the death penalty, the Public Prosecutor has to be satisfied that the defendants have substantively assisted the Central Narcotics Bureau in disrupting drug trafficking activities.

Today's ruling should also prompt debate in Malaysia, which continues to retain the death penalty, including as a mandatory sentence for drug trafficking. In 2012, the Malaysian government announced it is considering replacing the mandatory death penalty with prison sentences, but only for drug offences and under certain circumstances.

Amnesty International opposes the death penalty---the ultimate cruel, inhuman and degrading punishment---in all cases without exception, as a violation of the right to life.