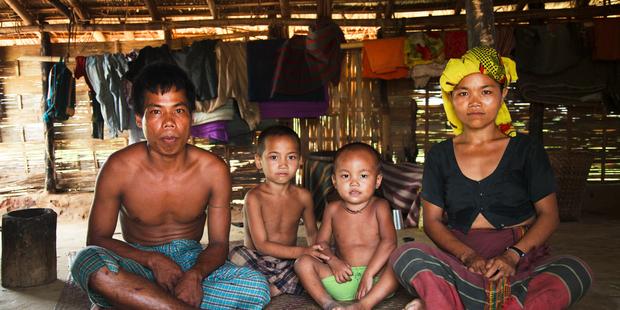 The Bangladeshi government's failure to address rights to traditional lands in the eastern Chittagong Hill Tracts region has left tens of thousands of Pahari Indigenous people landless and trapped in a cycle of violent clashes with Bengali settlers.

The report, Pushed to the Edge, documents how the Pahari are still waiting for the government to live up to the terms of an accord signed more than 15 years ago, by restoring their traditional lands to them.

Clashes between the Pahari and Bengali settlers in the region over land use are all too common.

“The current situation, with violent clashes being fuelled by disputes over land, continues to cause immense insecurity and suffering for the Pahari Indigenous People, and the Bangladeshi authorities have to address it immediately,” said Andrew Erueti, Amnesty International’s Researcher on Indigenous Peoples’ Rights.

“That the Pahari Indigenous People are being denied their traditional lands, or adequate compensation for land taken away from them, is a clear violation of international human rights law.”

A 1997 peace accord included a series of reforms to restore Pahari traditional lands to them, but these have only at best been partially fulfilled despite repeated promises by the current Bangladeshi government.

"The government has still time to fulfill its promises before the general elections in 2014", said Erueti.

The conflict had a devastating effect on the Pahari and still today it is estimated that more than 90,000 Pahari families remain internally displaced.

A Land Commissionset up under the Peace Accord to settle land ownership claims after the conflicthas yet to make a single ruling on a land dispute.

Thousands of Bengali settlers who have moved to the Chittagong Hill Tracts during and after the conflict have gradually occupied and encroached on traditional Pahari land, giving rise to renewed violent clashes. During the conflict, the settlers--mostly landless families from the plains districts--were encouraged to move to the Chittagong Hill Tracts with offers of land as part of a counter insurgency strategy.

Pahari tend to suffer disproportionately in the clashes, which have over recent years left hundreds of Pahari families homeless as their houses have been burned down in mob violence triggered by land disputes.

"For many Pahari Indigenous people, in particular in rural areas, their traditional lands are linked to not just their livelihood but also their very way of life. It is inconceivable that after 15 years the Land Commission set up to restore Pahari to their lands is not operational," said Erueti.

Despite the 1997 peace accord promising to remove all temporary army camps from the Chittagong Hill Tracts, the region still remains Bangladesh's most militarized with a substantial army presence. Many Pahari view the army as providing support for Bengali settlers’ continued occupation of Pahari land.

"This violence is likely to continue as long as these serious land disputes remain unresolved. It is also indicative of the Bangladeshi authorities’ failure to adequately protect Pahari people at risk, despite the huge security presence in the region," said Erueti.

Amnesty International calls on the government of Bangladesh to respect its obligations under international human rights law, including the UN Declaration on the Rights of Indigenous Peoples and the ILO Convention on Indigenous and Tribal Peoples No.107, and take concrete steps to return the Paharis’ traditional lands to them, with the effective participation of Pahari women and men in the process.

Amnesty International is also calling on political parties in the lead up to next year’s general elections to include the restoration of Pahari right to their traditional land in their election manifesto.