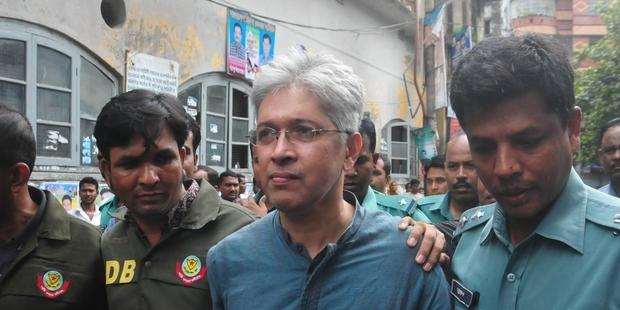 The arrest of a prominent Bangladeshi human rights defender over the weekend is a clear violation of the right to freedom of expression, Amnesty International said.

The organization has adopted Adilur Rahman Khan as a prisoner of conscience following his arrest without a warrant on 10 August. He is being detained solely for peacefully challenging alleged human rights violations by Bangladesh security forces.

"Adilur Rahman Khan's arrest sends a chilling message to government critics ? if you raise concerns about human rights, there will be serious consequences. He must be released immediately and unconditionally,” said Abbas Faiz, Bangladesh researcher at Amnesty International.

"Instead of punishing human rights defenders, the Bangladeshi authorities must address alleged violations by carrying out investigations and holding accountable those responsible."

In recent months Odhikar had been critical of the Bangladeshi security forces' actions during protests by the opposition group Hefazat-e-Islam on 5 and 6 May this year.

At least 44 people were killed during the protests, most of them after police allegedly used excessive force. Two police officers and a Bangladeshi Border Guard were reportedly killed by the protesters.

At a press briefing on 11 August, the Dhaka Metropolitan Police's Joint Commissioner Monirul Islam explained the reasons for Khan's detention: "Odhikar published a motivated report which used the photos of those who had died in the Hefazat attacks on May 5... This has tarnished the image of the law enforcement agency, government, and, overall, the state".

Odhikar has reported that as many as 61 people died during the May protests, but says it will not publish the list of victims’ names, fearing it would put their relatives at risk. It has instead called on the government to form a commission to carry out an independent and impartial investigation into the incident ? a call echoed by Amnesty International and other international human rights organizations.

"Rather than investigating the dozens of deaths reported, the authorities have turned against the messenger, Odhikar,” said Faiz.

"The government of Prime Minister Sheikh Hasina is letting the security forces implicated in human rights violations off the hook, whilst suppressing those who raise concerns about their conduct.

"This is in clear breach of the right to freedom of expression and makes a mockery of the Bangladeshi government’s pledges to other UN member states to uphold human rights."