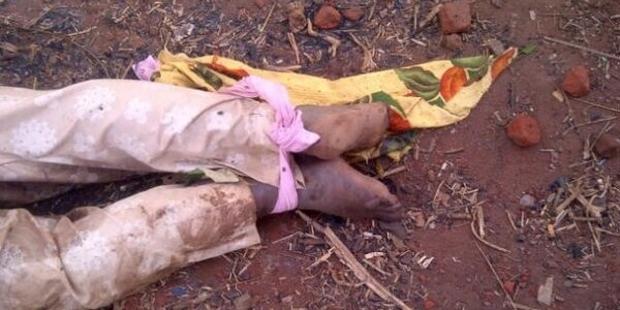 More than 20 villagers were killed in Bouguere, west of Bangui on 10 February.(C)Amnesty International

An 11 year old Muslim girl has been found hiding alone in a village west of Bangui surrounded by bodies and without any food or water following a massacre four days ago.

The traumatized girl had been in hiding since the brutal killing of her parents and neighbours. Nearby, dogs were feeding on some of the corpses. The bodies of more than 20 villagers who had been left lying on the streets.

Amnesty International’s team found the girl in the village of Bouguere, west of Bangui, in the Central African Republic. She has been taken to a secure location.

“The girl was crouching in a corner in an abandoned, ransacked house. She was terrified and could barely speak. She had been hiding there since the massacre, four days before,” said Donatella Rovera, Senior Crisis Response Adviser at Amnesty International.

“She had not drunk or eaten anything and was too weak to even stand up. She was the only Muslim survivor in the village. The others had either fled or been killed.

“The horrific scene we found in the village of Bouguere is illustrative of the horrors tens of thousands of Muslims are experiencing across the Central African Republic.”

“If the international community is truly committed to stop any more massacres from taking place, it must ensure that peacekeeping forces are present where they are needed most. They must have the resources to carry out their mandate to protect civilians”