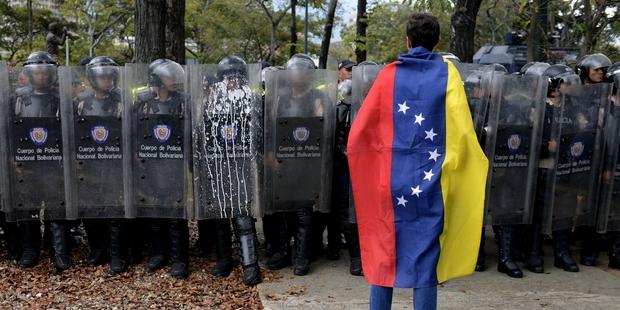 A police officer, a student and a third man died yesterday in separate incidents in Venezuela.(C)LEO RAMIREZ/AFP/Getty Images

The death toll of at least 25 after a month of massive public demonstrations for and against the government in Venezuela will keep rising unless all sides commit to human rights, Amnesty International said following three new deaths on Wednesday.

A policeman, a student and a third man died yesterday in separate incidents in Valencia, the country’s third-largest city.

In such a polarized political context the bloodshed will only continue unless the government and its supporters, as well as the various political opposition groups commit to fully respecting human rights.

All parties should roundly condemn any acts of violence against political opponents.

President Nicolás Maduro has told his supporters that after a meeting of his Security Cabinet today he will announce “extraordinary measures” aimed at putting an end to the ongoing protests.

We urge President Maduro to uphold the rule of law and ensure that any extraordinary measures he adopts respect the human rights of all in Venezuela, without discrimination.

The only fair and lasting solution to the country’s political crisis will be one that fully respects human rights, starting with the rights to life and to physical integrity.