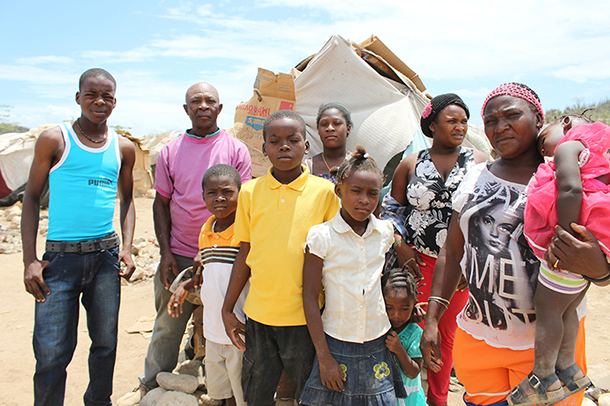 More than 40,000 people – including several hundred unaccompanied children -- have been deported from the Dominican Republic to Haiti between August 2015 and May 2016, according to the International Organization for Migration (IOM) and Haitian civil society organizations.

At least another 68,000 returned to Haiti “spontaneously”, in many cases following threats or through fear of persecution and violence in the Dominican Republic.

Though 85% of the total told the IOM they were born in Haiti, 15% claim to have been born in the Dominican Republic. The majority are children of Haitian migrants who returned “voluntarily”, but who could be entitled to Dominican nationality. Nearly 1,600 people were verified by the United Nations High Commissioner for Refugees as being entitled to Dominican nationality who have been unlawfully expelled from the country.

The few improvements made by the Dominican Republic in the way they carry out deportations have not gone far enough to ensure the rights of those affected are protected.

Many of the deportations are being carried out without leaving any records. Some of the deportees said they were arrested in the street and taken straight to the border after they failed to produce identification documents on the spot.

In September 2013, the Constitutional Court of the Dominican Republic ruled that children born in the country to undocumented foreign parents since 1929 had never been entitled to Dominican nationality.

Lacking nationality means not being able to exercise rights and access basic services such as formal jobs, education and health services. Those stripped of their nationality cannot travel safely within their own country and are at risk of arbitrary arrest and expulsion.

Following the expiration of the regularization plan on 18 June 2015, the Dominican authorities said they would not expel anybody who could prove they had been born in the Dominican Republic. They also promised that each case would be assessed individually and that people born in the country would be screened and protected from expulsion.

However hundreds of Dominicans of Haitian descent, and stateless people, have been caught up in a continuing wave of deportations. There is a lack of formal mechanisms for people who have been wrongly expelled to be formally readmitted to the Dominican Republic and claim reparations.

“This crisis was long in the making. It is high time for authorities both in the Dominican Republic and Haiti to take their responsibilities seriously and protect the rights of the thousands of people who have been left in this limbo,” said Erika Guevara-Rosas.

“The newly elected Dominican authorities must take urgent action to tackle this crisis. They must immediately halt illegal expulsions of Dominican-born individuals and make sure that all deportations of undocumented migrants are in line with international law. They must also reinstate nationality to the tens of thousands of Dominicans of Haitian descent who have been arbitrarily stripped of it.”