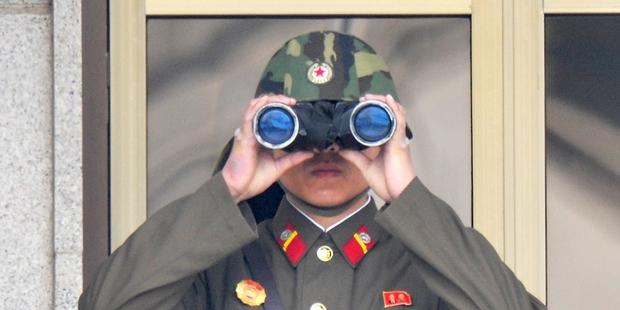 Hundreds of thousands of people, including children, are detained in political prison camps and other detention facilities in North Korea.(C) KIM JAE-HWAN/AFP/Getty Images

A key UN vote has sent a clear message to the North Korean government that those responsible for crimes against humanity must face justice, said Amnesty International.

The UN Human Rights Council in Geneva passed a resolution on Friday condemning North Korea for systemic, widespread and gross human rights violations, including crimes against humanity, that continue to be committed in the country.

“This is a strong resolution and the message sent to the North Korean authorities could not be clearer. Crimes against humanity will not be tolerated and those responsible must face justice,” said Roseann Rife, East Asia Research Director at Amnesty International.

“The international community must build on this momentum and increase pressure on North Korea to end its incomprehensible crimes. Human rights must take centre stage at the UN Security Council when it considers peace and security in the Korean Peninsula.”

The resolution was passed by an overwhelming majority. China and five other countries voted against it and there were 11 abstentions.

“Sadly some states still appear willing to turn a blind eye to the most horrific crimes. Instead of obstructing these international efforts, these states, and China in particular, should use their influence to help end the unbearable suffering inflicted upon the North Korean people by their own government,” added Rife.

The vote followed the publication of a chilling UN report on North Korea last month. The UN’s Commission of Inquiry report found that crimes against humanity have been and are being committed, and stated that the scale and nature of human rights violations was unparalleled in the modern world.

Like most prisoners facing execution, Hakamada has mainly been held in solitary confinement. His mental health has deteriorated as a result of the decades he has spent in isolation.

Hundreds of thousands of people – including children – are detained in political prison camps and other detention facilities in North Korea.

Many of those have not committed any crime but are merely family members of those deemed guilty of political crimes. They are detained as a form of collective punishment, “guilt-by-association.”

Nearly a million North Koreans are estimated to have starved to death since the 1990s. The country’s famines and food crises have been largely invisible because of political controls, including restrictions on the movement of both North Koreans and staff of international humanitarian agencies, and the near-total suppression of the rights to freedom of expression, information, peaceful assembly and association.