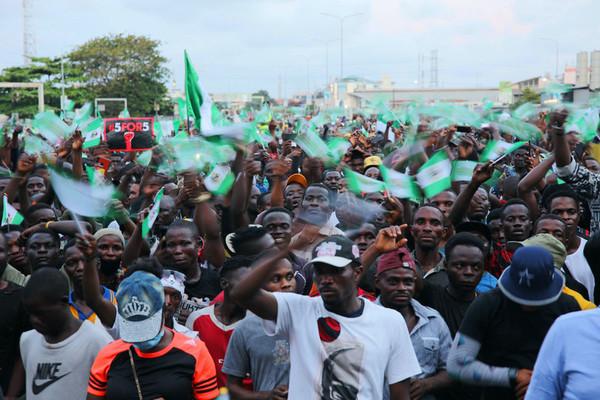 I am writing to express grave concern over reported killings of #EndSARS peaceful protesters in several parts of Nigeria.

Between 6:45pm and 9:00pm of 20 October, the Nigerian army and police reportedly killed at least 12 peaceful protesters and left several injured in Lekki and Alasusa - two locations in the capital, Lagos- when they without warning opened fire on thousands of people who were peacefully calling for good governance and an end to police brutality as part of the #EndSARS movement.

Since 8 October, protesters have been occupying the streets of major towns and cities across 21 states of the country, demanding an end to police brutality, extrajudicial executions and extortion by the Special Anti-Robbery Squad (SARS), a unit of the Nigerian police tasked with fighting violent crimes. The protests, which began as a response to a viral video of SARS operatives shooting a young man on 3 October, has transformed into nationwide protests for police reform. But the protesters have consistently been met with excessive use of force: including the firing of live ammunition, water cannons, the throwing of tear gas into crowds, beating and arresting protesters, all of which have led to deaths and injuries. This excessive force on peaceful protesters is contrary to both the Nigerian Constitution of 1999 [as amended] and international standards that protect the rights to life, dignity, and peaceful assembly.

In light of this, I call on you to: