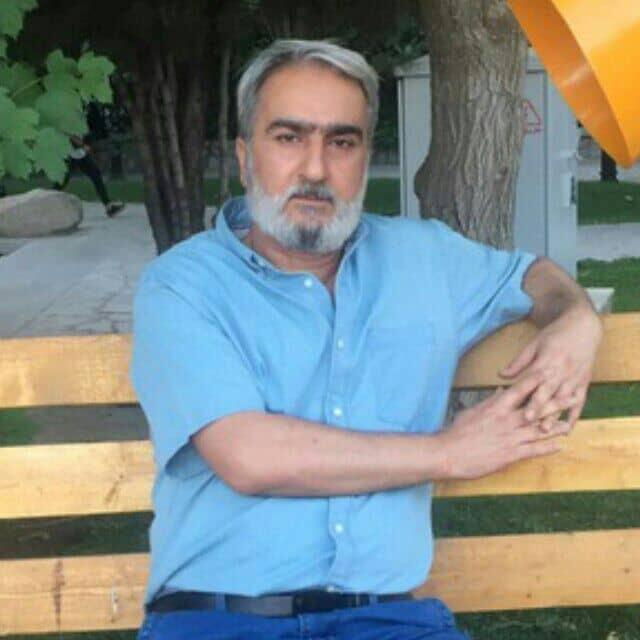 Political activist Abbas Vahedian, aged 51, has been held in solitary confinement nearly 24 hours a day in an informal, unmarked ministry of intelligence detention facility in Mashhad since his arbitrary arrest on 1 September 2021, with no access to fresh air, natural light and contact with other prisoners. He is held in a windowless cell where bright lamps are kept on 24 hours, causing him sleep deprivation and distress. Every few days, he is taken to a hallway for a short walk while blindfolded. He is also being denied adequate healthcare, bedding, warm clothing, and regular family visits. Ministry of intelligence agents told him that for his detention conditions to improve, he must denounce his political activities in writing and reveal the password to his phone. These abuses amount to torture, a crime under international law.

Intelligence agents and prosecutions authorities have been refusing to vaccinate Abbas Vahedian against Covid-19 and refer him to a specialist for his lung complications including breathing difficulties and coughs. They did not give him the inhalers brought by his family until January 2022. As such, he is at increased risk of severe illness if he contracts Covid-19 in detention. He also suffers from gum disease, which emerged during his previous 11-month imprisonment in 2019 and 2020 as a result of medical neglect of the open wounds he sustained in his mouth during arrest. In December 2021, after repeated follow-ups by his family, he was transferred to a dental clinic outside detention and two of his teeth were pulled. No adequate pain relief or further care were provided, despite warnings by his dentist that he would risk worsening gum infections and tooth loss without long-term routine dental treatment. Since his arrest, he has also developed severe neck pain due to sleeping on the ground without a pillow and a mattress.

Abbas Vahedian was sentenced to 11 years’ imprisonment in December 2021 on spurious national security charges solely stemming from his peaceful work with political groups, which characterize the Islamic Republic as a “theocratic dictatorship” and call for the formation of a secular democratic system. He has only been allowed to meet his lawyer once in late December 2021 after his verdict was issued. He also has a 10-year prison sentence, imposed in October 2021 for authoring and co-signing an open letter, published in June 2019, which called for the resignation of Iran’s Supreme Leader and a fundamental change to the country’s constitution. Such peaceful political activities are protected by international human rights law.

I urge you to immediately and unconditionally release Abbas Vahedian as he is held solely for the peaceful exercise of his rights to freedom of expression and association. Pending his release, I urge you to ensure that he is fully vaccinated against Covid-19, provided with any specialised medical care he requires outside detention, including dental care, protected from further torture and other ill-treatment, including through solitary confinement and denial of medical care, and granted regular visits with his family and lawyer.